WP Dispensary: 2 years after the launch

Over the last two years, the WP Dispensary WordPress plugin has changed my entire life.

In these last two years, WP Dispensary has gone from being just a “thing” I built to a thing that powers hundreds of websites for cannabis businesses around the world.

It’s also become my full time job, giving me the ability to leave 10+ years of freelancing behind.

I’d like to look back over these last two years, what WP Dispensary has done and where I plan on pushing it in the future.

How it all started

For those of you who aren’t aware of WP Dispensary or how it came to be, let’s take a little trip back.

In 2015 I built the Leafly Reviews plugin for WordPress.

It would grab reviews for dispensaries on Leafly via their (now closed) API and display them on a WordPress site via widget or shortcode.

When I released the plugin, it was a pivotal moment in my life because it was my first open source plugin release and it was part of an industry that was severely under served (it still is, IMO).

Unfortunately, a few months after it’s release, Leafly decided to close down it’s API, for what I can only assume was to compete with how other larger dispensary menu sites were handling their API’s (Weedmaps, etc).

At that time, I took it personal.

I built an open source plugin that used the open API to give WordPress users a way to display their dispensary reviews without the need to link people to their Leafly profiles.

I was also planning on tapping into other areas of their API to make accompanying plugins that would help dispensary owners connect their Leafly account to their website.

Sure, it sounds like a crazy thought now, but the jury is still out on what the actual cause of the closure was.

After building the Leafly Reviews plugin, my plan was to build something that was a bit more unique and useful beyond just Leafly.

So, I started working on it.

I wrote code, wrote documentation, built the initial website and got it ready for launch … all without the Mrs even knowing ?

One of my favorite things about the new #WPDispensary project is that it's been completely secret from the Mrs.

Tweeting about WP Dispensary before it had a Twitter username

I teased a few different screenshots of the plugin once it got closer to launch, but still kept everything tight-lipped.

When it did officially launch, I felt accomplished.

I did something that only a few months prior, I never even dreamed would be possible.

I put out the first version of a plugin that would completely change my life; I just didn’t know it at the time.

The first year was a blur.

I had a lot of personal setbacks throughout the year but I kept pushing WP Dispensary forward while still freelancing full time to pay the bills.

WPD started to get accompanying add-on’s, like Coupons and Locations.

This include the Marketing for Dispensaries e-book that was released in June of 2016.

I also have the pleasure of enjoying a lot of top shelf cannabis ?, so I spent time taking high quality photos and released 100 free cannabis stock photos.

I originally released the Dispensary Display theme to work with WP Dispensary, but that theme has since been discontinued and replaced by the CannaBiz WordPress theme.

CannaBiz was released in June of 2016 and has had 8 updates released between then and now.

I’ve wrote about that CannaBiz here before and it is currently the second highest selling item on the WP Dispensary website.

We officially hit 1,000 downloads from the WordPress plugin directory 🙌

Thank you to everyone who's downloaded & used our plugin so far 💯💯💯

Shortly after that milestone, I released the Dispensary Top Sellers add-on, giving dispensary owners the ability to mark items in their menu as featured and display them via their own widget or shortcode.

Along with that add-on, I released the Inventory Management add-on so shops can easily keep track of their available inventory, plus display out of stock messages, etc.

At the end of the first year, along with the 9 updates released throughout the year for WP Dispensary was the release of Dispensary Age Verification.

The Age Verification plugin has become the second most popular free plugin from WP Dispensary, besides WPD itself.

Again, there were a lot of personal setbacks in the second year, but I guess that’s how life goes so I don’t really focus too much on them.

Professionally, the second year started out strong with the release of the Connect for WooCommerce add-on. 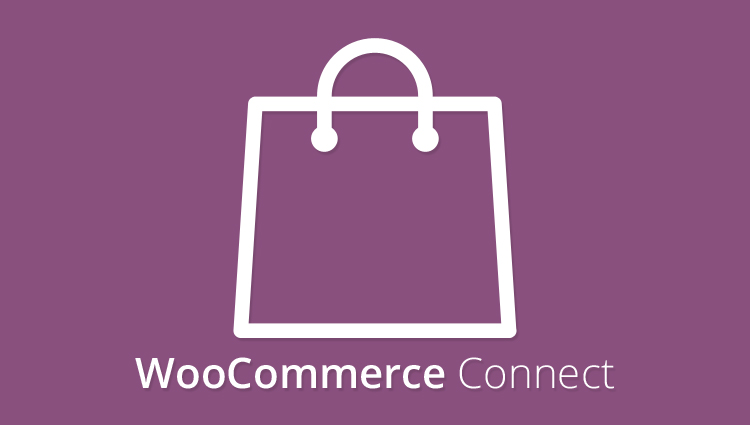 It provides users with the ability to connect their WP Dispensary menu to WooCommerce and allow for sales via their own website.

It should be no surprise that this add-on is the highest selling item on the WP Dispensary website.

Throughout the year, the WP Dispensary plugin download count increased to just under 5,000 and the usage is up to 200+ active installs, according to the WordPress plugin directory.

Then came the Top 5 Code Snippets for WP Dispensary published on May 16th, 2017.

CannaBiz celebrated it’s 1 year birthday with a showcase and version 1.5’s release, as well as a list of ways to extend the CannaBiz theme.

Year two also seen the release of the Heavyweights add-on, which gives shop owners the ability to set prices from 2oz to 3lb.

On August 23rd, 2017 I released version 2.0 of the Connect for WooCommerce add-on, which finally set up the instant product creation-and-linking when adding WP Dispensary products.

Shortly after, in September the Styles add-on was released.

It gives you the ability to let your Buy Now buttons open up in a modal, as well as switch up the menu item shortcodes from a grid to a list. 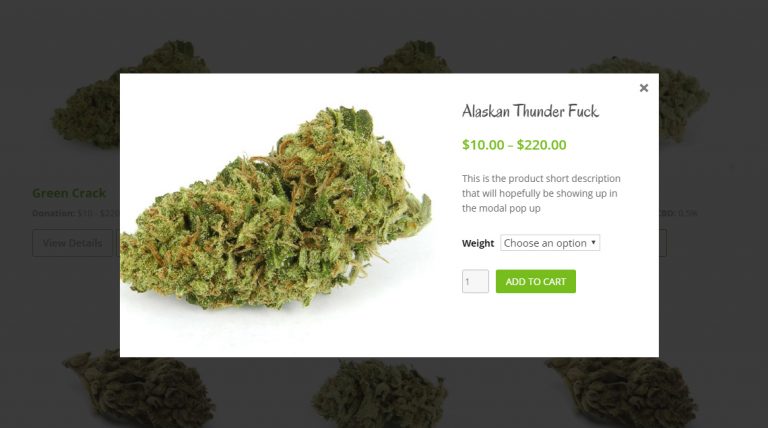 Continuing along with the goal of being a solid resource for developers and dispensary owners, I put together two new pages on the WP Dispensary website:

For Developers and For Dispensaries. 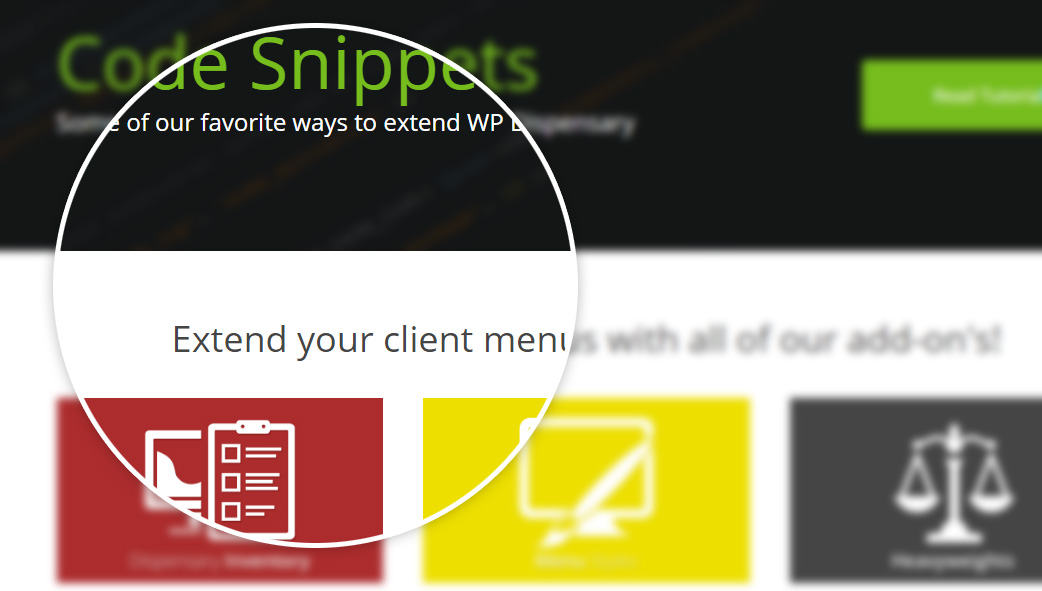 These pages each lay out the plugin(s), theme and code in an easy to understand way.

Before the second year was up I released the Dispensary Details for WooCommerce plugin.

The plugin was built to work without needing WP Dispensary, simply adding the dispensary details to WooCommerce products directly.

It also received a nice write up on WP Tavern.

Year two also got me a C&D letter based on an add-on I released (and have since removed ?), but I won’t be talking about that ?

However, on a high note, I was able to leave freelancing behind on September 26th 2017 and devote 100% of my time to WP Dispensary.

What are you doing to make the most of the time left?

The plan is to have a setup wizard for the auto creation of menu pages, shortcode selection options, etc.

There will also be the inclusion of default template files, so users can have a clean and customized archive view of each menu type, plus a lot more.

I’m also getting into domain flipping in 2018, focusing on the cannabis industry, of course.

Below are a couple of currently owned cannabis domains that I’ve acquired and set up landing pages on.

These domains are all open to offers for sale, so if you’re looking to jump in as a developer in the cannabis industry, maybe one of these domains will work for you!

Year three will also include the launch of the Marijuana Laws HQ website, giving visitors an easy way to find specific cannabis laws by country, state and city.

That, along with The Chronicle newsletter / podcast I’m planning to launch will be additional educational resources to go along with the software development I’m doing.

I’d like to be a bridge between the development community (WordPress specifically but not exclusively) and the cannabis community, and my hope is that these additional resources will continue to make that happen.

There’s also a secret project I’m working on and have let a few secrets slip on Twitter about.

shhhh … it's a secret 🙊😂 pic.twitter.com/C9pDCbzkdx

That secret project will be the main focus in 2018, along with continued add-on and theme updates – plus a couple of other things that I’m sure I’ll blog about when the time comes.

Looking back, I’m extremely proud of where the last two years brought me.

I’m also extremely excited to see what the next two years will bring me!

8 responses to “WP Dispensary: 2 years after the launch”